I have previously published an article regarding Nakivo Backup and Replication v9.0 Beta release and I’m trilled to announce that NAKIVO has released the official release of v9.0 with the Windows Server Backup capabilities and many new added features. We highly believe that Nakivo Backup and Replication is continue to evolve and this is another milestone of their flagship product.

Using this added Widows Server backup functionality, you can protect your Physical, Virtual and Cloud versions Windows servers without jumping to different version of backup products and you can protect all of these Windows Servers with a single backup solution. NAKVO didn’t stop with adding these functionality to the product and it supports Hyper-V Server 2019 and you are safe with your upgraded environment.

Nakivo Backup and Replication v9.0 is compatible with Microsoft solutions such as Active Directory, SQL Databases, Exchange, Share Point and other solutions like Oracle databases because of the application awareness and it maintains the application consistency through out the running backup jobs.

NAKIVO helps to maintain a lower storage backup footprint and high performance of backup jobs, writing unique block of data to its backup repositories. Specially with Microsoft Applications such as Exchange and SQL, which maintain larger logs of transactions are benefitted with the log clearance after a completion of a successful backup job. So, you don’t need to keep your eyes on the space consumptions of the application logs, NAKIVO would do the job for you. Not only that, but also with the added compression and deduplication mechanisms will help you to save more valuable space for your Physical, Virtual and Cloud instance backups such as AWS EC2 Instances, reducing the redundant copy of your file blocks in its backup repositories.

Apart from the traditional backup jobs, Nakivo Backup and Replication v9.0 can used to restore Physical Windows Servers to Hyper-V VMs with a minimal effort.

NAKIVO offers a simple, unique, and cost effective backup solution starting just $17 per machine/year. A single per-machine license can cover either a physical machine, VMware VM, Hyper-V VM, Nutanix AHV VM, or AWS EC2 instance. This allows customers to stand out from the crowd eliminating the vendor locking and move their valuable workloads freely between various platforms without changing the product licensing.

With the renowned effort with NEC, NAKIVO has created an enterprise grade protection for your Workloads and it helps you to reduce the backup footprint up to 95% which leaving your peace in mind with the storage utilization.

“Adding support for Windows Server Backup is a big step for NAKIVO,” said Bruce Talley, CEO of NAKIVO Inc. “Now our customers who have physical or mixed environments can protect their critical business data from a single pane of glass.” 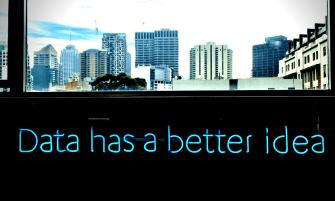