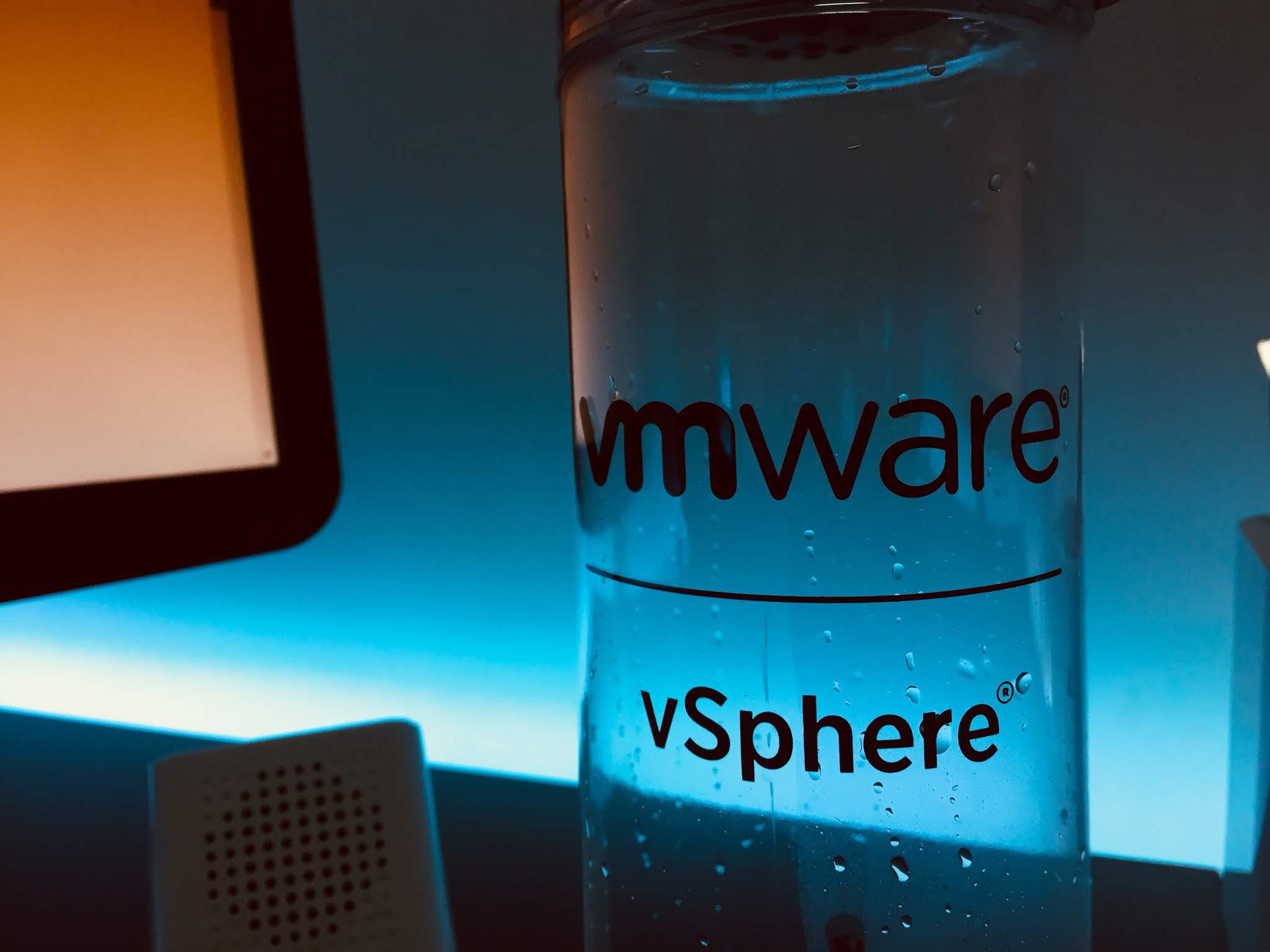 On Tuesday, 14th of August Intel has disclosed the new class of CPU speculative-execution vulnerability called “L1 Terminal Fault”. This new class of vulnerabilities can occur on current and past Intel processors (from at least 2009 – 2018) when affected Intel microprocessors are speculating beyond an unpermitted data access. By continuing the speculation in these cases, the affected Intel microprocessors expose a new side-channel for attack, allowing a malicious VM to infer data in the hypervisor and other VM’s running on a core.There are three vulnerabilities have been named:

The most severe of the three vulnerabilities (CVE-2018-3646: L1 Terminal Fault – VMM) impacts all hypervisors running on x86 Intel CPUs, including VMware vSphere, VMware Workstation and VMware Fusion. As a consequence, our services that use these products (including VMware Cloud on AWS and VMware Horizon Cloud), and our VMware Cloud Provider Program partner environments are impacted.VMware’s top priority is protecting and ensuring the security of your data and systems. VMware has been working closely with industry partners such as Intel and others to assess the issue and determine the most effective update and/or patch in conjunction with our partners. A knowledge base (KB) article https://kb.vmware.com/kb/55636 has been created as the centralized source of information for this issue.

Mitigation of these Vulnerabilities Fall in to two categories :

This KB provides links to additional KBs with detailed mitigation processes for each of the attack vectors identified by the L1 Terminal Fault vulnerabilities.VMware encourage you to sign up on their Security Announce Mailing List to receive new and updated Security advisories. Protect Your Environment From ( VMSA-2018-0020 ) – Hypervisor Specific Mitigation for L1 Terminal Fault – VMM Vulnerability Make sure to apply patches mentioned in the Security Advisory VMSA-2018-0020 as shown in the below table. 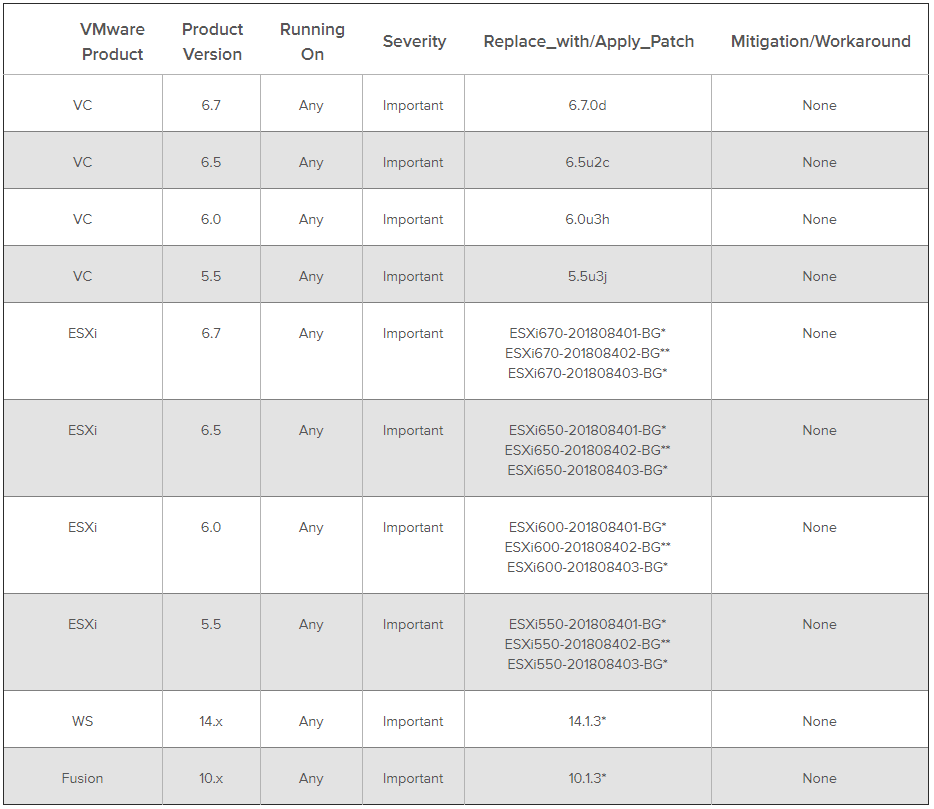 CVE-2018-3646 has two currently known attack vectors for hypervisors which will be referred to here as “Sequential-Context” and “Concurrent-Context.”

Patching the vCenter server and the ESXi hosts to the given versions will mitigate this Security issue and this mitigation is enabled by default and does not impose a significant performance impact.

Patch your vCenter Servers to get the below recommended versions: 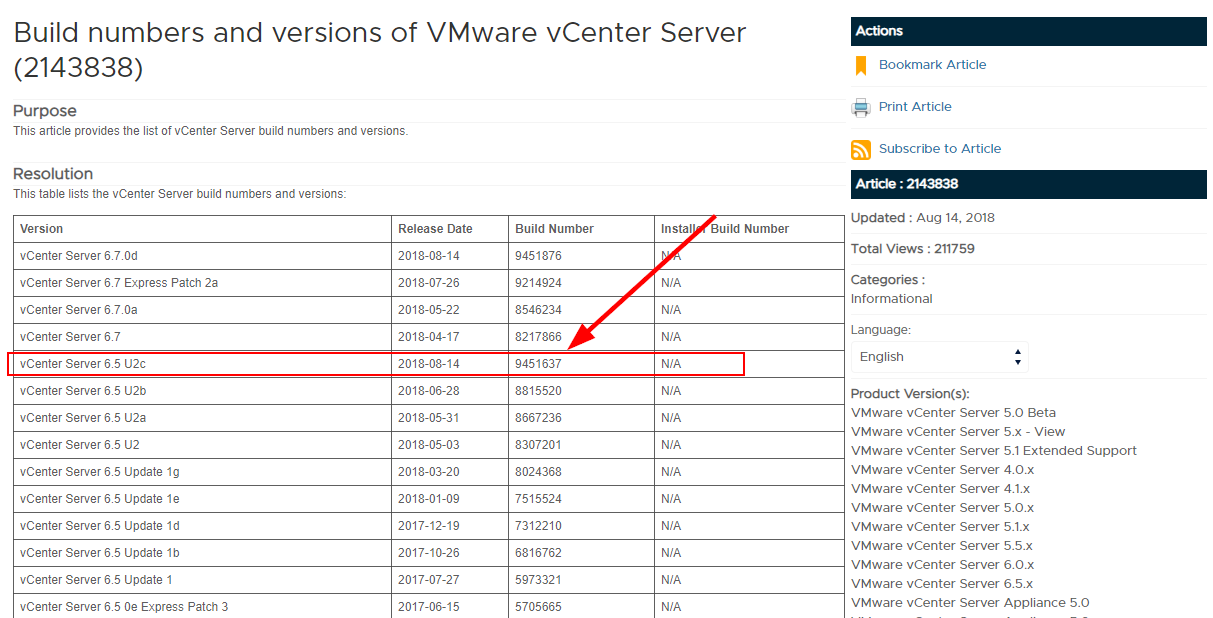 vCenter build versions can be found in this Knowledge Base article. Patch your ESXi Servers to apply the below patches. 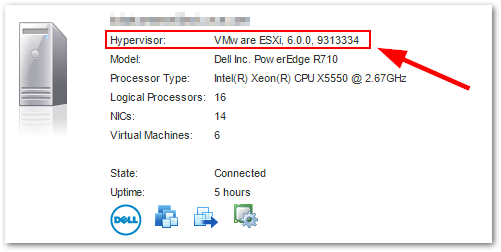 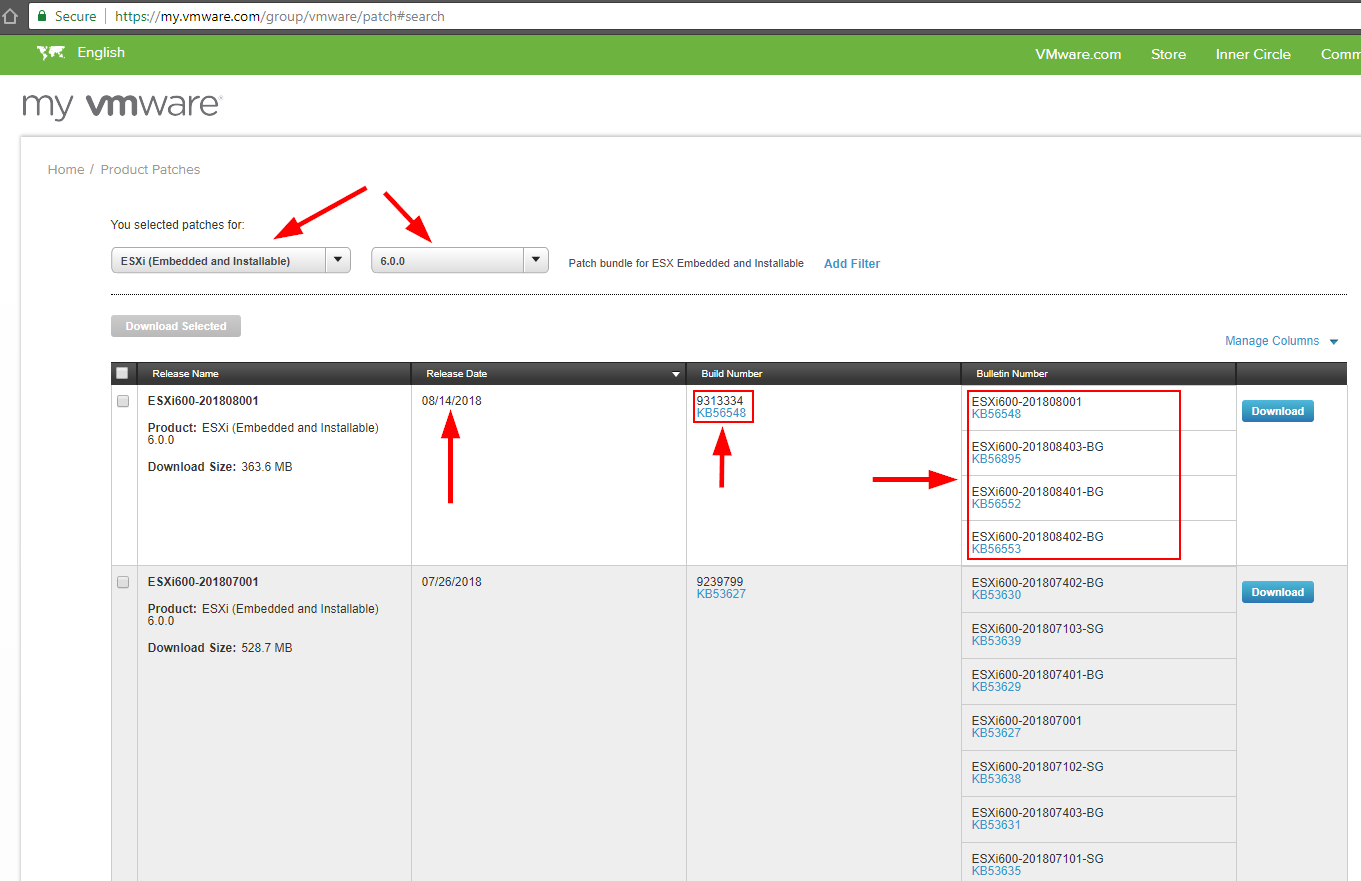 Even though after the vCenter and ESXi upgrades to the latest versions still it shows the warning it because, we have completed the first phase of the mitigation which is applying the patches and now we have taken the mitigation steps to Sequential-Context Attack Vector.

This is to indicate there’s also the Side-Channel Aware Mitigation that can be enabled post-L1TF patch. Make sure to go through analysis w/HTAware Mitigation Tool to understand impact pic.twitter.com/7kvaI0SkEX

Note: If you are upgrading the ESXi hosts using Update Manager make sure to download and check whether you are covered with the latest Patches released. 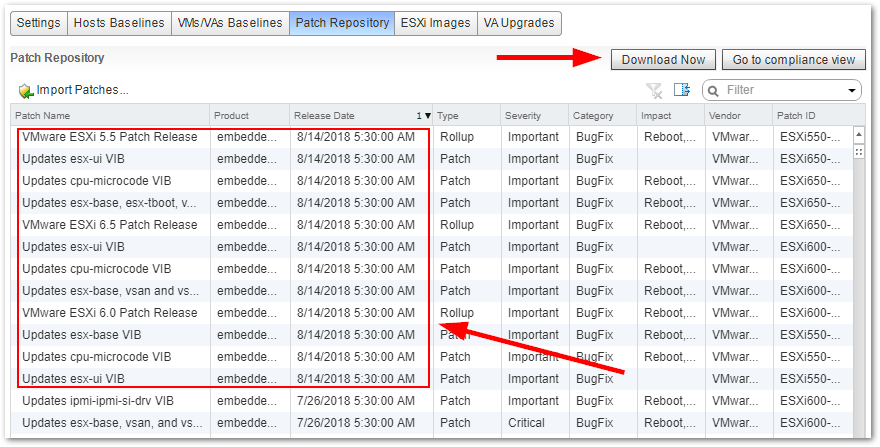 This mitigation requires a new feature enablement called “ESXi Side-Channel-Aware Scheduler” and please note that this feature may impose a non-trivial performance impact and is not enabled by default. Installing above patches will enable the “ESXi Side-Channel-Aware Scheduler and we need to enable this manually and make sure to think about the performance of your environment before you enable this in your ESXis.

The following identified potential problems are published by VMware: 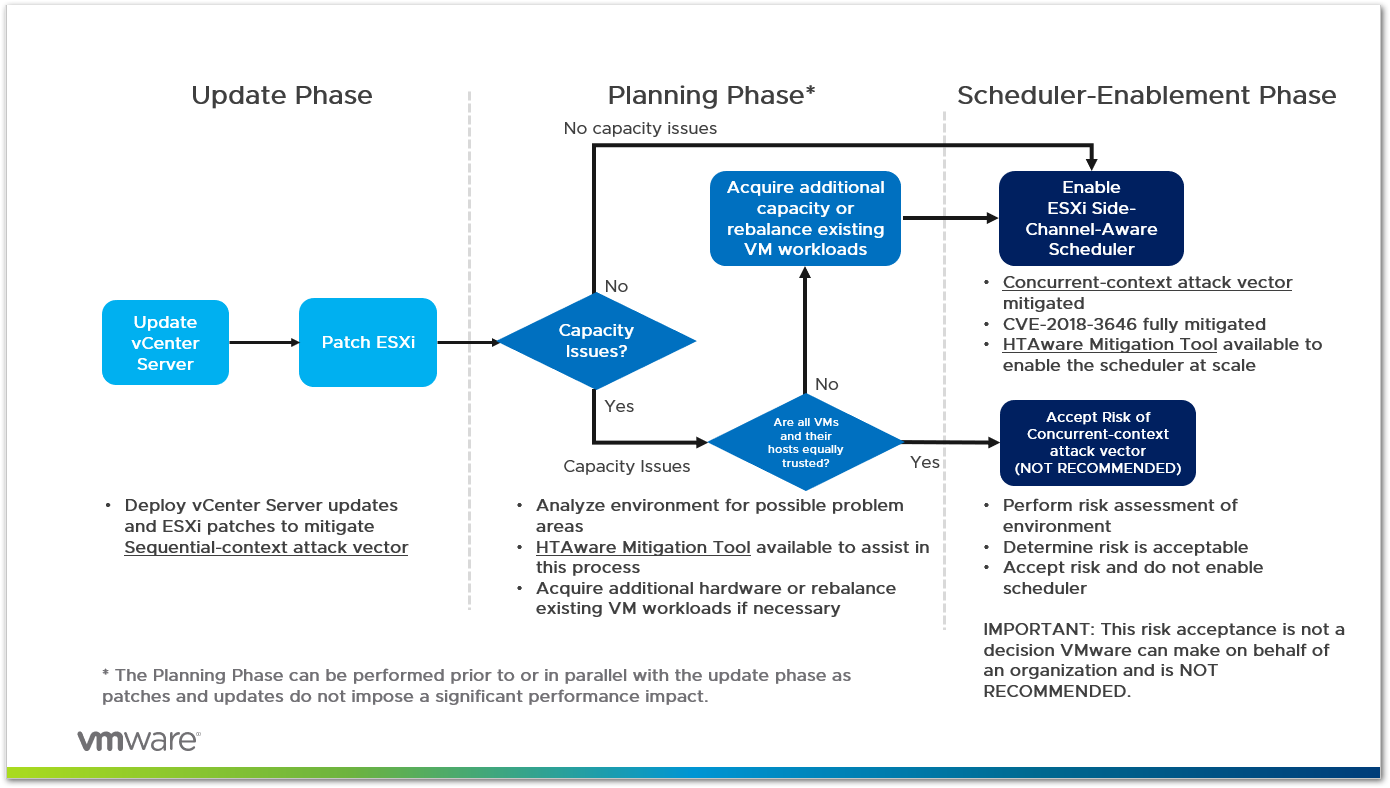 Note: ” It may be necessary to acquire additional hardware, or rebalance existing workloads, before enablement of the ESXi Side-Channel-Aware Scheduler. Organizations can choose not to enable the ESXi Side-Channel-Aware Scheduler after performing a risk assessment and accepting the risk posed by the Concurrent-context attack vector. This is NOT RECOMMENDED and VMware cannot make this decision on behalf of an organization.” 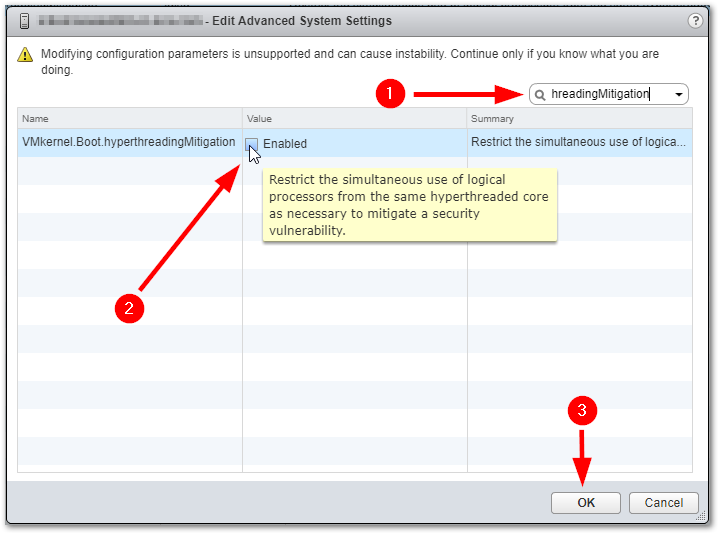 Follow the below steps to enable the VMkernel.Boot.hyperthreadingMitigation Advanced Setting Parameter

Again, Enablement of this scheduler may impose a non-trivial performance impact on applications running in a vSphere environment and planning must be taken in to the consideration prior to enabling these settings.